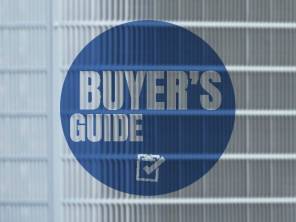 You’re in the right place. In this article we’ll cover:

So let’s get started…

Plug-in surge protectors, like power strips, protect your valuable electronics from smaller, internal fluctuations in power, like when a large appliance turns on or off.

But they’re not designed to absorb a large surge caused by an external force-like nearby lightning strikes or damaged power lines. That’s what a whole-home surge protector is for.

Where should surge protectors be installed?

But it gets a little trickier with plug-in surge protectors. You certainly don’t need them at every outlet since some electrical devices are inexpensive to replace (like lamps).

The devices more prone to damage from surges are those with microprocessors (small computer chips) in them. So we recommend protecting any device that has a microprocessor, including:

Also, surges can happen on any wire carrying an electrical current. For example, if lightning strikes nearby, an electrical surge can come through your cable TV line into your home and fry your TV.

Many large power strip surge protectors include protection for these other types of cables. You can also purchase them separately.

Now that you know the types of surge protectors you need and where they need to go, let’s talk about the features and ratings you should pay attention to.

How to find the best surge protectors

All surge protectors basically do the same thing: protect against different size surges and for different devices.

To get the best surge protectors for your home, pay attention to these 3 features:

This is the maximum amount of energy your surge protector can redirect before it needs to be replaced. And the rating is a total, over the life of the surge protector.

So, for example, a whole-home surge protector that’s rated at 30kA maximum surge capacity means that it can take any 1 of the following scenarios:

So the higher this number, the longer your surge protector will last before needing to be replaced.

The Voltage Protection Rating (VPR) is also known as the clamping voltage. It’s the measure of how high a power surge has to be before the surge protector will kick in. The lower the voltage, the quicker it will kick in during a power surge.

The lower the number, the better.

For most plug-in surge protectors, look for a clamping voltage below 400 volts.

Whole-home surge protectors are more complicated because there are different modes with different VPRs. But, in general, look for one at or below 500 volts. Remember: lower is better.

For any type of surge protector, get a model with a LED light that lets you know when it’s no longer working.

Surge protectors will still allow power to pass through to your devices even after the surge protector has stopped working. So you won’t know if they’re dead unless they have an LED indicator.

George Brazil’s electricians can help you find the right whole-home surge protector and install it for you.

Contact us to get started. We can help anyone in the Phoenix metro area-from Glendale to Queen Creek!