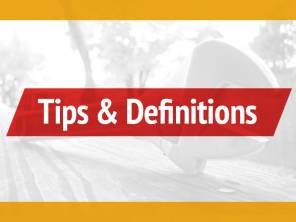 The answer? No, surge protectors themselves don’t “drain” energy. They simply monitor the amount of electricity flowing into the appliances they protect and absorb extra voltage if and when it comes along.

But here’s the thing: while surge protectors don’t “drain” energy, the appliances they protect that are hooked into the surge protector DO drain energy-even when they’re not actually in use.

We’ll explain why appliances that are hooked up to your surge protector drain energy and what you can do to stop the (electrical) bleeding.

Appliances plugged into your surge protector are the real “energy vampires”

Many of the devices we plug into our outlets-or, in this case, our surge protectors- are constantly draining electricity, whether we’re using them or not.

This is called “vampire power” or “standby power”.

Appliances that are guilty of vampire power include:

Now, to be fair, a single appliance draws very little standby/vampire energy on its own. BUT, according to Lawrence Berkeley National Laboratory, the average American has at least 40 appliances plugged in at one time.

And when you add up the energy drain from all those appliances, vampire energy accounts for at least 10% of your electrical bill.

So how do you stop the bleeding and save money on electrical bills? Let’s take a look…

Turn off your surge protector to stop vampire energy use

Need more tips on how to cut back on energy use? Ask an AZ electrician

Have questions about your energy use/bills? Or are you interested in a whole-home surge protector?

Just contact us. We can make professional suggestions on energy-efficient upgrades that will keep your electricity use in check.